PlayActing Theatre strives to widen their range of skills and interests, to involve a diverse mix of talents and disciplines within the world of theatre. Though based in West Cork it is important that their productions are accessible to both local and national audiences, that the standard of production is sophisticated and professional, and that the creative vein that runs through our community is recognised, stimulated and celebrated. 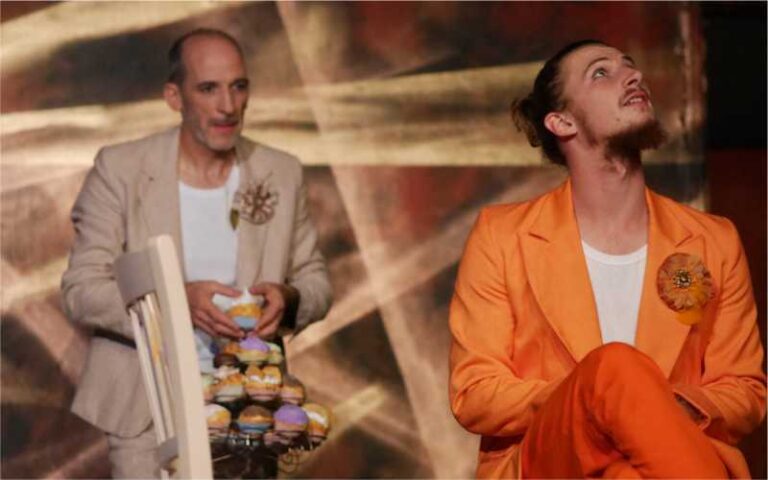 Set in the court of Austria in the late 1700s, with contemporary references and sensibilities in this production, Amadeus addresses themes of power and manipulation, love and loss, when the precocious and superbly talented young musician, Wolfgang Amadeus Mozart, arrives to disrupt the music establishment. Salieri, the Court composer, in awe of Mozart sees him as God’s voice on earth, mocking his pedestrian talents and, becoming increasingly aware of his own musical limitations, he determines to challenge Mozart and God, plotting Mozart’s downfall, and ultimately his own as well. 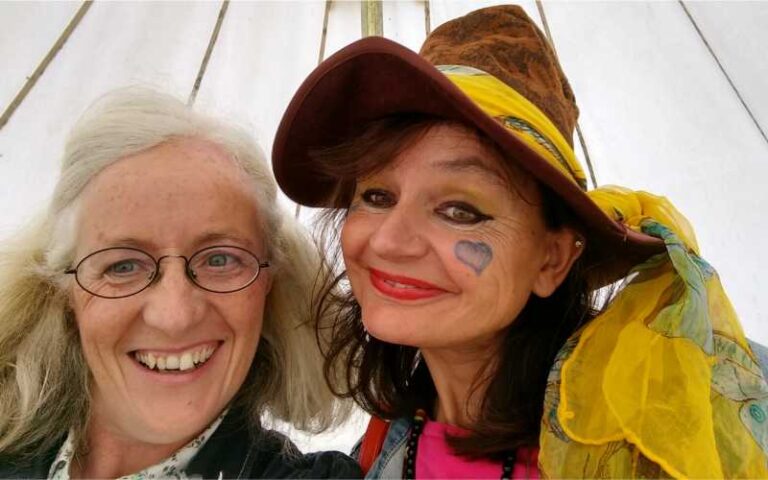 Marilyn and Eileen are unlikely friends who have been thrown together through circumstance.

Marilyn arrived in Ireland to withdraw from the pressures of a failed career in New York and the marriage she forced with her gay husband, Colin Silverman, who now lives very happily with his partner, Rodrigo. She descended on Eileen’s Mammy explaining the familial ‘connections’ through Daddy, how his first cousin three times removed, Uncle Joe, well his third (‘shacked up’) wife was Marilyn’s Mam. This encounter has led to Marilyn taking up residence in the village and living there very happily with her dogs, horses and one-night stands with various red-faced farmers.

Eileen coped with the separation from her husband, Jerry O’Brien, through her work in the Civil Service and cleaning the house with vinegar and bread soda. She was trying to come to turns with it by going to counselling, and passing her spare time hosting Tupperware parties. The Divorce papers were served on a Valentine’s Day.

The series of six stage performances follows the development of their relationship over a period of years and how they grew in understanding and friendship.

There have also been a few forays into the world of Electric Picnic, short film and TV. 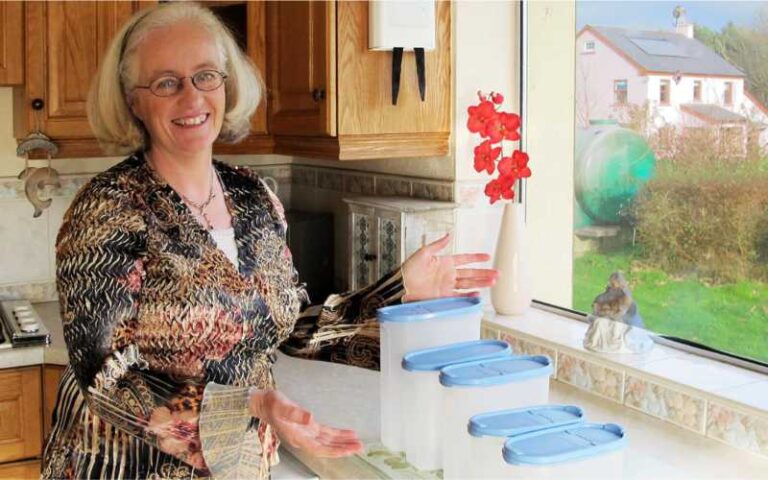 Eileen tells the story of an ordinary, middle-aged countrywoman, and local Tupperware rep, Eileen O’Brien. She is facing the difficulty of divorcing Jerry, her farmer husband of fourteen and a half years, with the enormous implications for her life in a small, close-knit, Catholic village. Eileen must learn to live alone and find new dreams with the support of her community. Her determination shows as she explores loss and expectations handling her personal dilemmas with humour and pathos. 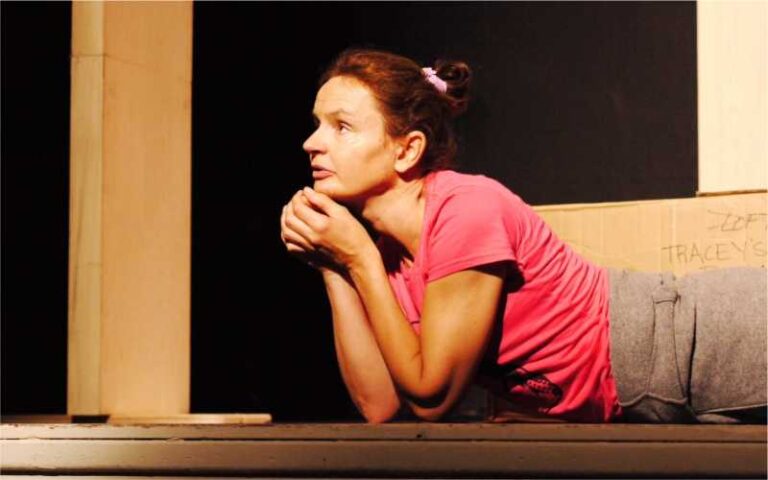 May the Force, a one-woman show, written and performed by Terri Leiber and co-adapted by Leiber and Karen Minihan, 2014

Tracey is the child of a ‘copper’ growing up in 1970s England. Central to her life are the women that live in the police houses around her, whose mothering-styles and guidance have an influence and impact on Tracey in unexpected ways. The internal world of eight-year-old Tracey is brimful of escapades and adventures, and peopled with TV personalities such as Steve McGarrett and Liesel from the Sound of Music. Seven female characters and one ‘copper’ are portrayed through word and movement and we experience a chaotic domestic world behind the forces of law and order, where Tracey seeks to find her own order and love. 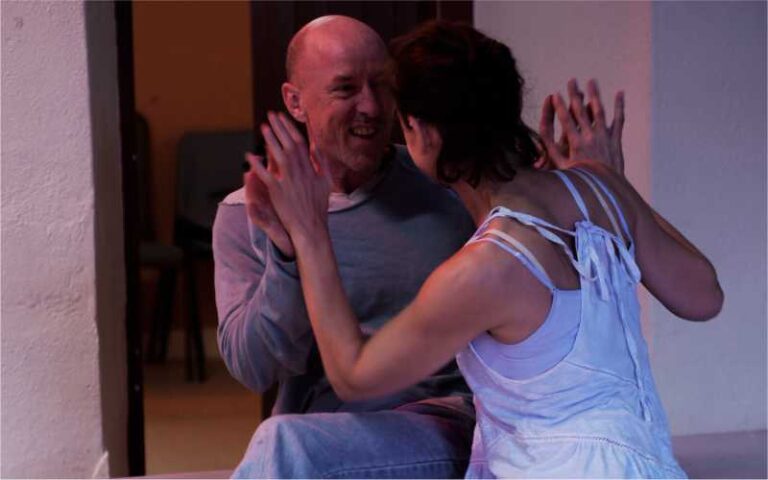 Amour, adapted by Karen Minihan from the Maupassant short story, 2011–12

A young man, Con, visits his cousin Karl for their annual hunting trip. Con and Karl set off for the marsh in the dark, early morning for the hunting to begin. But the atmosphere of the wet, primal marsh, provides a cold, unyielding setting for Con’s coming of age. 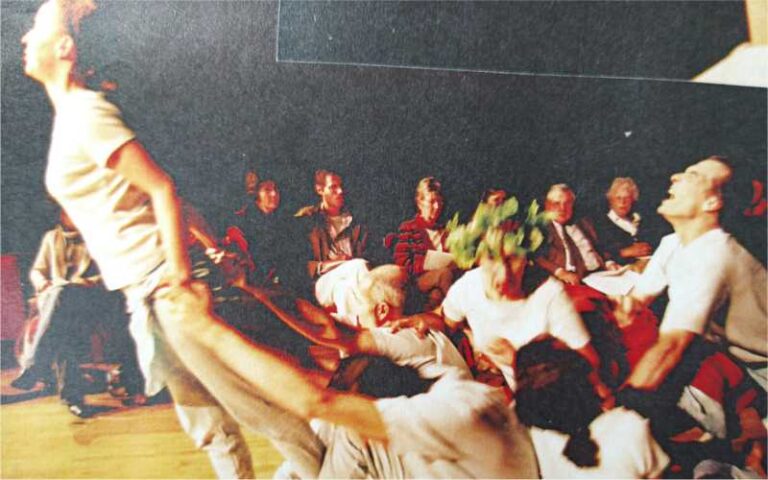 Ted Hughes’ Tales from Ovid is an adaptation for theatre of the translation of the stories of metamorphosis of Ovid undertaken by poet, Ted Hughes. Eight of these stories from ancient times were retold using drama, music, singing, dance and physical theatre. King Midas and Narcissus appear in these tales which address the themes of lust, greed, power, aggression, love, loss, rape, loneliness and regret. The actors, in ensemble, play a number of different roles but were also a boat, tossed by the stormy seas or frolicking dolphins, as the text demanded.